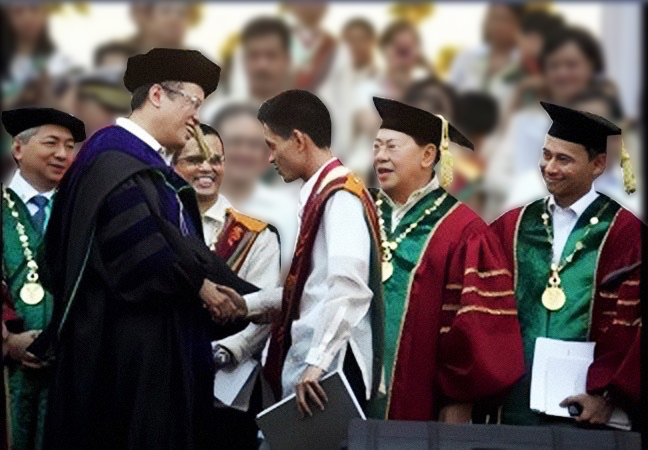 During his term, President Aquino was a strong supporter of the higher education sector, including the University of the Philippines. He also understood the importance of high-value scientific research and innovation in the country and supported the various research initiatives within UP and collaborations between UP and the government sector.

President Aquino was honored with a Doctor of Laws degree, honoris causa, during the University of the Philippines Diliman’s General Commencement Exercises on April 17, 2011. He was cited “for providing leadership in rallying the people to stamp out corruption, campaigning for institutional reforms, and creating an environment for agencies, including the Armed Forces of the Philippines, to act with dispatch on malfeasance in government, promote the rule of law, and respect people’s constitutional rights.”