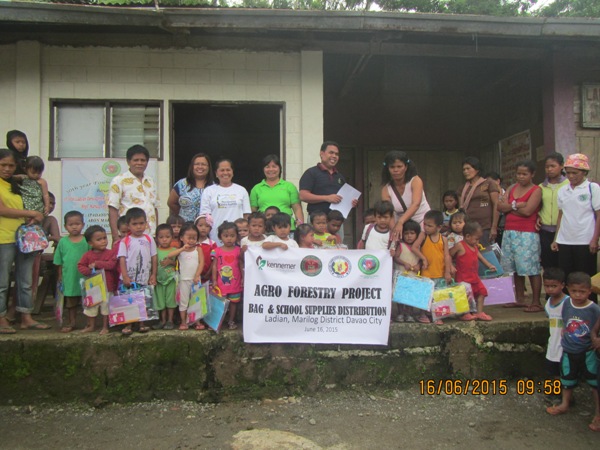 PUPILS IN THE MARILOG-ARAKAN Land Reservation received school supplies in June as part of the education component of the public-private-partnership agreement between Kennemer Foods International and UP. Some 245 elementary and day-care pupils in Marilog (Davao City) and Arakan (North Cotabato Prov.), who are children of workers in the agro-forestry project of KFI, received this benefit. Seen in the photo are Ms. Mercedes Ocial, Manager of KFI, and Mr. Joel Sagadal, Land Management Officer of U.P. Mindanao, and parents, in Sitio Ladi-an, Marilog.