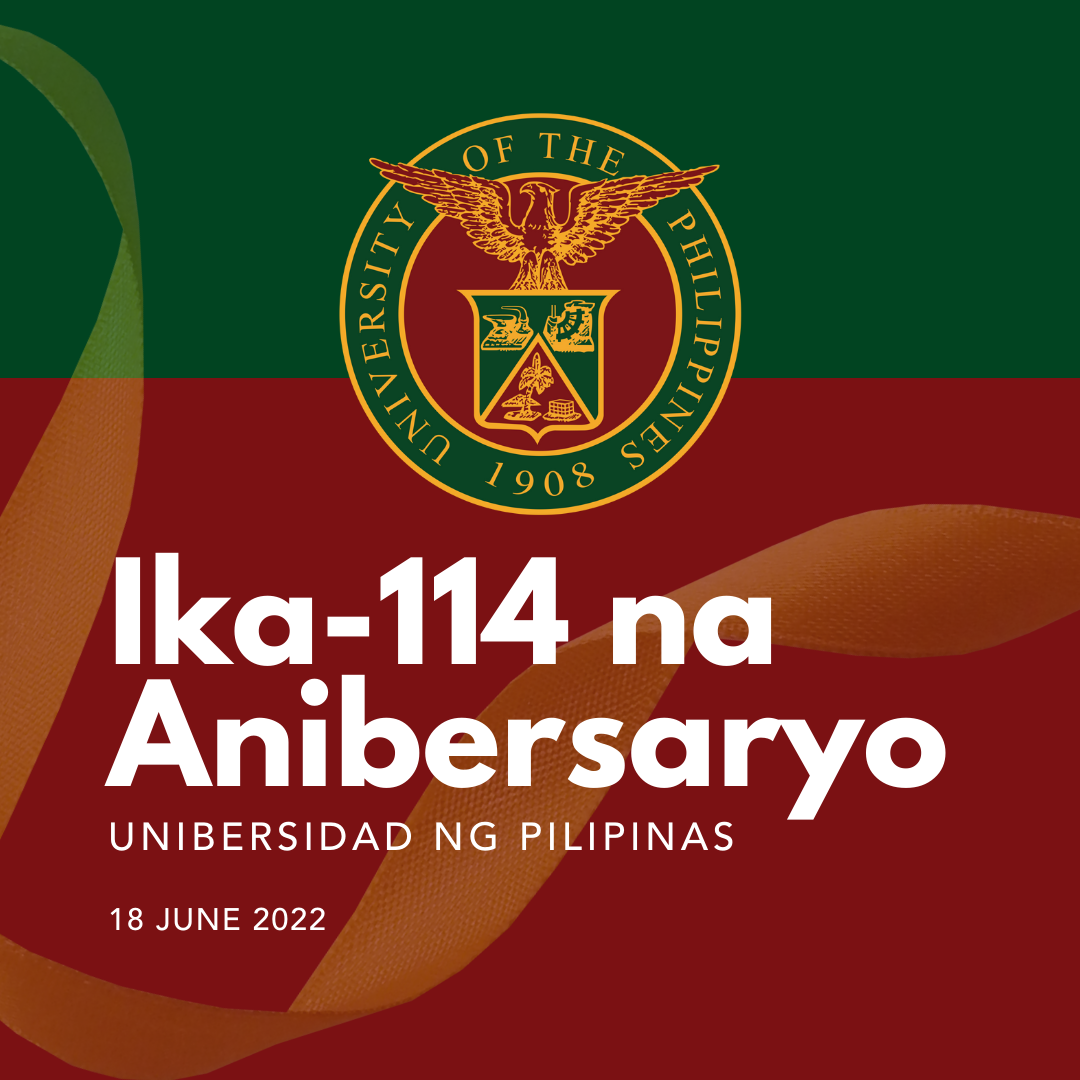 From UP OVPPA-MPRO: The University of the Philippines (UP) has come a long way since its establishment in 1908.
It emerged from the ravages of World War II, fought through political upheavals, braved new frontiers of technology, and soldiered on in this current pandemic. Throughout its history, it has been guided by its traditions of honor, excellence, and public service. It has never wavered in its commitment to work for social transformation that benefits the Filipino nation and humanity.
As UP marks its 114th anniversary, it looks back on its journey thus far, reflecting on lessons learned, actions taken, and challenges overcome. In the commemorative video especially created for this occasion, UP remembers its early years and highlights its achievements in the last year—from bringing faster connectivity to Barangay Kalinawan, Binangonan, Rizal just two days before lockdown, to the longed-for championship in the UAAP men’s basketball tournament.
These markers in the University’s history serve to guide its journey forward. UP continues on, taking to heart its responsibilities to the country, its people, and the global community. Going into the next normal of UP life, the University remains attuned and responsive to the evolving needs of its constituents and the publics it serves, not backing down in the face of disruptions and forging ahead with courage.
To borrow from a University cheer that its alumni would remember clearly: “Push on to victory with all your might . . . Push when the game goes hard . . . Push on, UP, and fight . . . Rise, rise, UP.”
Read more about UP's history via this link: https://up.edu.ph/university-history/
#UPFight #PushonUP #RiseUP
Text by Arlyn Romualdo, UP Media and Public Relations Office
Video edited by Al Nikko John, UP Media and Public Relations Office
https://up.edu.ph/push-on-up-114-years-and-beyond/
Facebook: https://www.facebook.com/upsystem/videos/2065802240255353/
Twitter: https://twitter.com/upsystem/status/1537961026523889664
LinkedIn: https://www.linkedin.com/.../urn:li:activity...
Youtube: https://www.youtube.com/watch?v=VhCGl-qCGRE
https://up.edu.ph/push-on-up-114-years-and-beyond/
Happy 114th birthday UP!