By Jo. Florendo B. Lontoc, UP Media and Public Relations Office

The University of the Philippines placed 69th among the top 634 higher educational institutions (HEIs) of Asia in the latest rankings released by Quacquarelli Symonds (QS).

The QS Asia University Rankings 2021 [https://www.topuniversities.com/university-rankings/asian-university-rankings/2021], where UP placed three ranks higher than in the previous year’s edition and emerged among the top 11 percent of Asian HEIs, was released today, November 25, 2020. 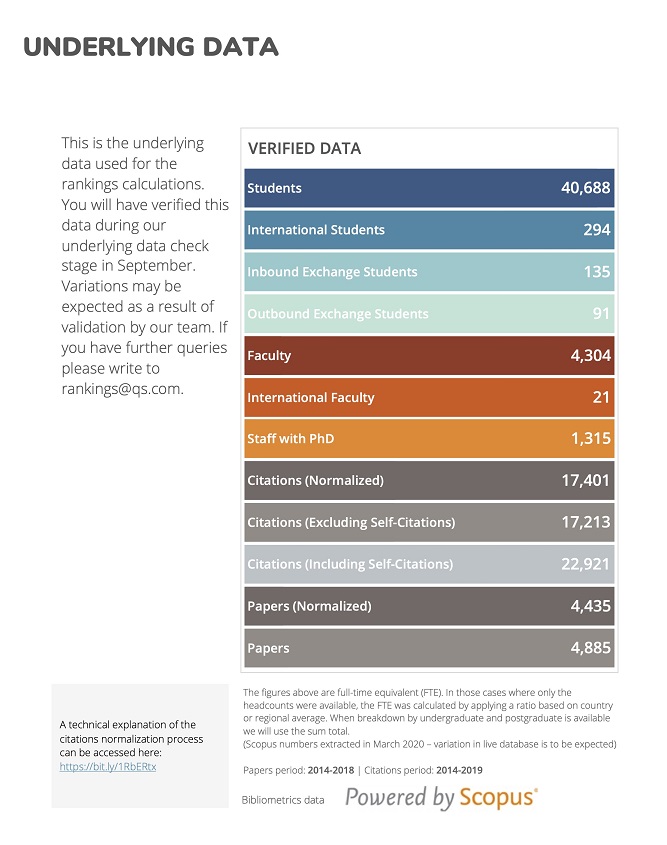 QS measured these published institutions in terms of other key indicators: academic reputation, employer reputation, faculty to student ratio, and international research network. The rankings also looked at the number of staff with PhDs, papers per faculty, international faculty and students, and inbound and outbound exchange students. 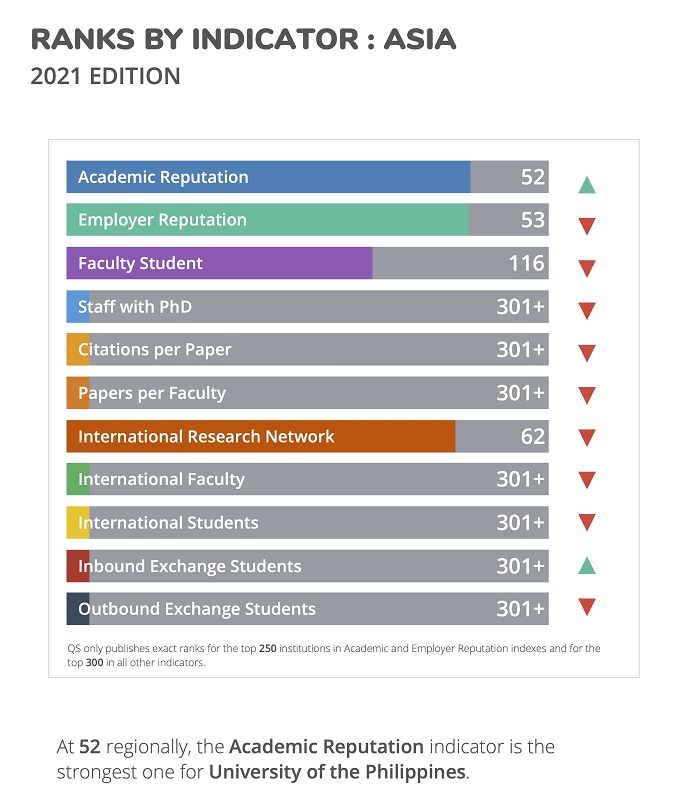 For these indicators, UP had outstanding Asian rankings. It was ranked 52nd in academic reputation; 53rd in employer reputation; and, 62nd in international research network. It ranked 116th in faculty to student ratio, and 301st and lower in the rest. 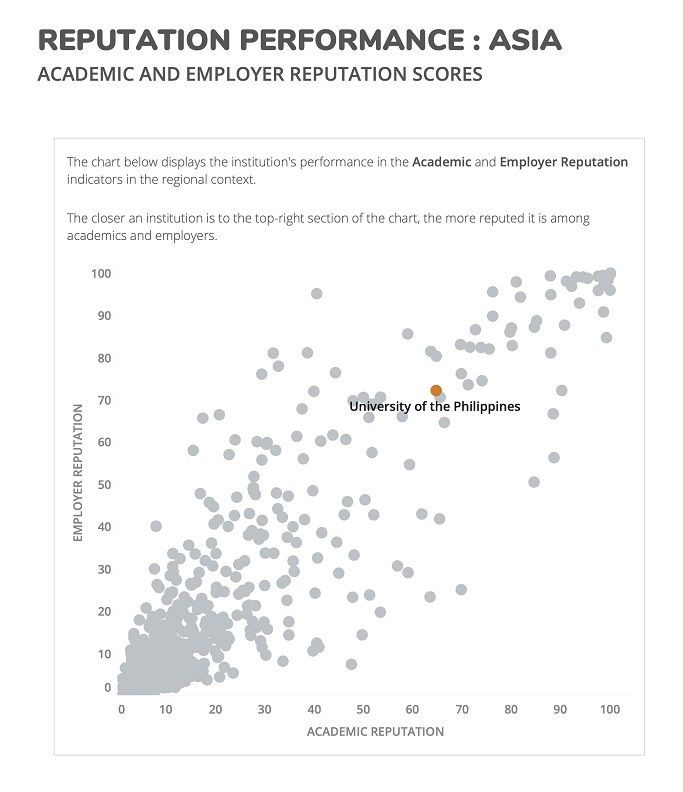 In the QS World University Rankings 2021, released in June 2020, UP achieved a ranking of 396th among the top 1,000 universities picked out from 5,500 institutions. Three other Philippine institutions were in the top 1,000: Ateneo de Manila University, which placed in the 601st-650th bracket; and De La Salle University and University of Santo Tomas, both in the 801st-1,000th bracket.

According to its website [https://www.qs.com/], QS, with the main office in London, is a “provider of services, analytics, and insight to the global higher education sector.” Its World University Rankings portfolio, inaugurated in 2004, is a popular source of comparative data on university performance.