A new generation of UP Mindanao staff members mixed with front-line unit heads constituted the participants in the 'Ease of Doing Business" Anti-Red Tape Seminar in UP Mindanao on November 17, 2022. New personnel from the front-line units were introduced to the principles of efficient government service as stated in Republic Act 11032, "The Ease of Doing Business Act," which also served as a refresher to the more senior personnel. Administrative Officer Analiza Fulvadora of the Office of the Chancellor, vice-chairperson of the Anti-Red Tape Committee, served as lead resource person.

The experience of Philippine nationhood began in the southern island of Mindanao, where sultanates in Butuan, Sulu, and other parts of Mindanao, exercised sovereignty through political, economic, and diplomatic actions from the pre-colonial and colonial periods up until the 20th century, said UP Mindanao Senior Lecturer Lualhati Abreu. Mindanao's Darangen epic, though fictional, described the political and cultural environment of pre-colonial Mindanao, she said. Sultan Kudarat and other historic Mindanao leaders created sovereign states, forged alliances with other states as far as China, and campaigned against the colonizers, said Prof. Sharon Obsioma Bulaclac of Mindanao State University. The GomBurZa martyrdom in the northern Philippine island of Luzon, on the other hand, hastened the movement for a single Philippine nation, said former DSS Senior Lecturer Emmanuel Nabayra in a recorded lecture, although there had been "some 300 Filipino uprisings" during the Spanish colonization period. The GomBurZa martyrdom, placed alongside Mindanao island's "suppressed" or neglected historical narratives and literary epics, showed Philippine nationhood's parallel origins and development in the northern and southern islands. By combining the martyrdom of the Filipino priests Fr. Mariano Gomez, Fr. Jose Burgos, and Fr. Jacinto Zamora on February 17, 1872, with Mindanao's historical and literary events, the forum showed the development of Philippine nationalism and its expressions. These were among the connections drawn by speakers on “Kamalayan: Pamana ng GomBurZa @150,” UP Mindanao's theme for the observance of the 150 years of the GOMBURZA martyrdom.* Professor Raymundo Pavo, Assistant Professor Theresa Gallardo, student Kate Baltazar, and Assistant Professor Janus Cabazares contributed to the discussion, touching on the Filipino concepts of "kamalayan," (consciousness), "alay," (offering) "malay," (awareness), and "laya" (freedom). Chancellor Lyre Anni Murao hoped, in her welcome remarks, that the forum would inspire the audience to draw lessons from the epics and the histories. 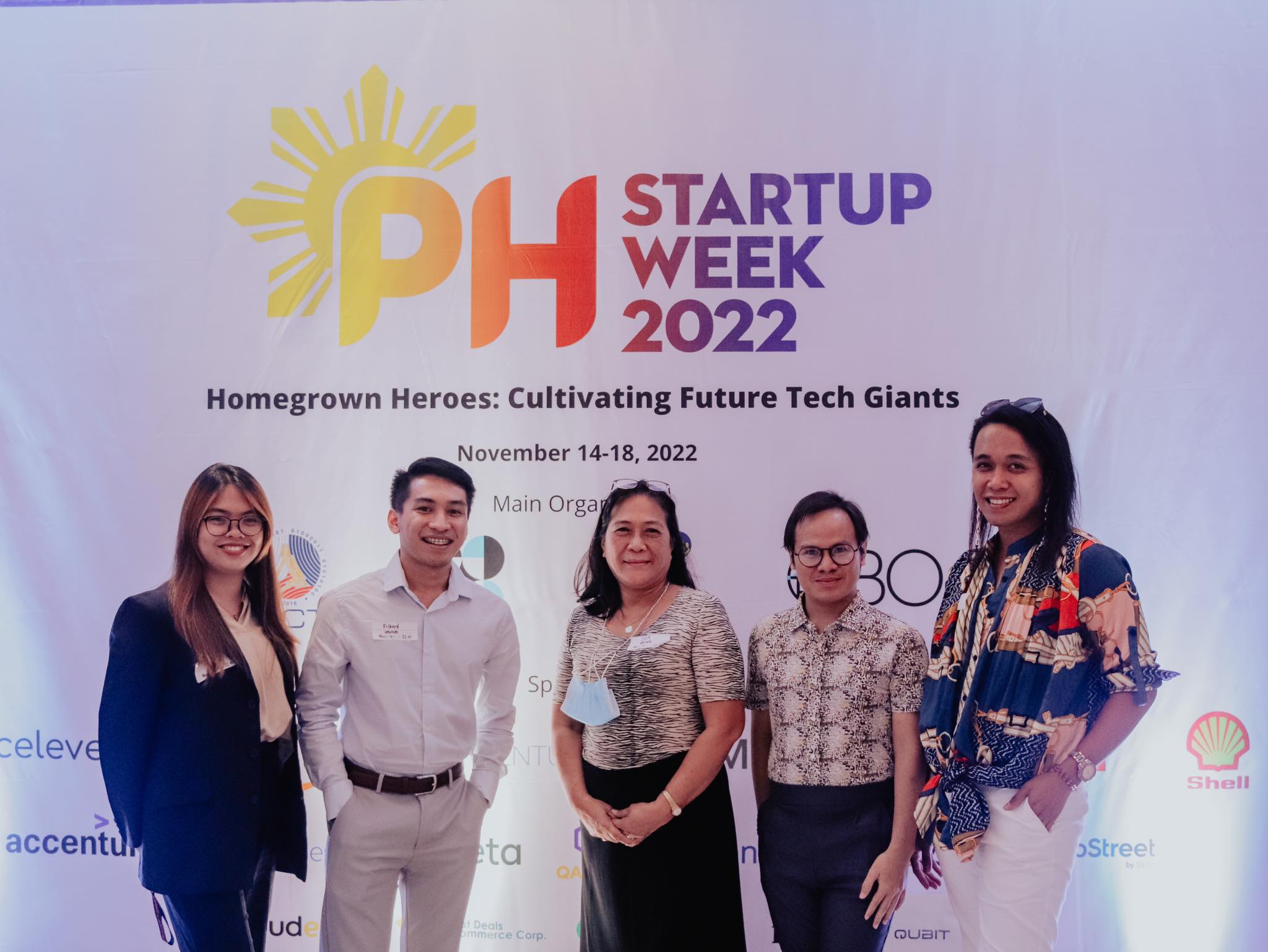 UP Mindanao’s UP Growing and Developing Enterprises (UPGRADE) and its Technology Transfer & Business Development Office (TTBDO) is in charge of Day 3 of Philippine Startup Week 2022 (PHSW22). PHSW22 brings together the local startup community in a 5-day nationwide conference on November 14-18, 2022, through the efforts of the Department of Science and Technology, Department of Trade & Industry, Department of Information and Communications Technology, and QBO Innovation Hub.

Day 3 on November 16 is the Technology Business Incubation (TBI) Summit which brings together the DOST-funded incubators and other organizations and persons to foster collaboration and discuss emerging issues and challenges of the startups and their community.

Now in its 6th year, this year’s TBI Summit theme is “Homegrown Heroes: Incubating Future Tech Giants,” which will highlight the launching of the 2022 Higher Education Institution Readiness for Innovation and Technopreneurship (HEIRIT) Program. The UP Mindanao UPGRADE and TTBDO are the proponents of HEIRIT in Region-XI.

In the photo above are the UPGRADE/TTBDO team of Trisha Mie Cirujales, Richard Day, Lynda Buenaobra, Rob Gumba, and Val Cimafranca. 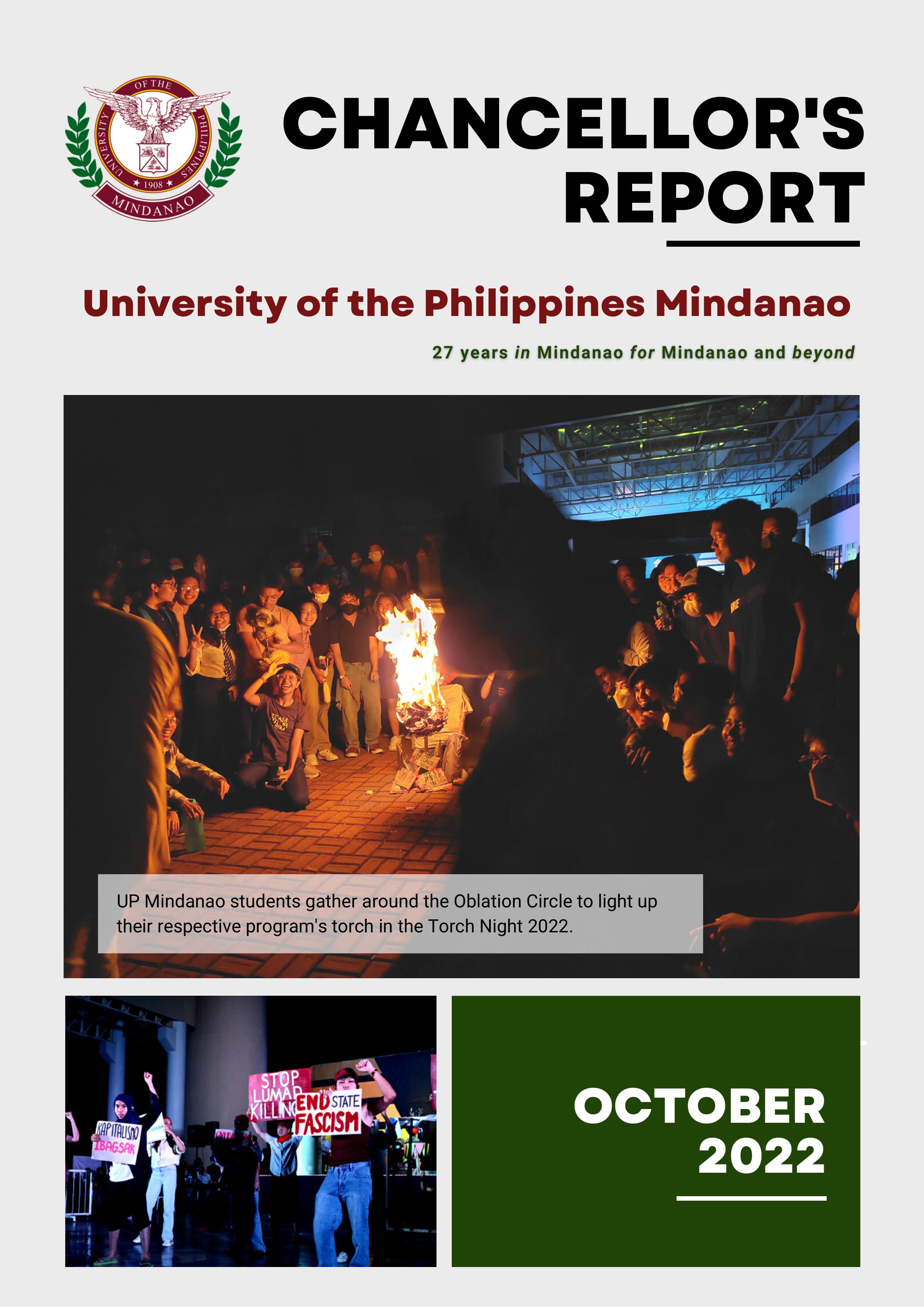