On 14 November 2022, a class of third-year Chemistry students from the University of Southern Mindanao, Kabacan, North Cotabato, visited the Lactic Acid Research Project of UP Mindanao. The visit was part of their two-day industrial tour for their industrial chemistry subject. They were welcomed by Dr. Melvin S. Pasaporte, the Chief Researcher of the project, and his team at the Technology Transfer and Business Development Office. The visit lasted for 3 hours where Dr. Pasaporte gave a 1-and-a-half-hour lecture on the lactic acid technology and the industrial processes involved in lactic acid production and another 1-and-a-half-hour of laboratory tour and discussion on process equipment and scientific instruments. At the end of the laboratory tour, some of the students expressed their interest for a potential on-the-job training with the Lactic Acid Project. A total of 103 school children received school supplies on August 31, 2022, from the Oplan Tulong-Dunong donation drive of UP Mindanao’s Land Reservation Management Office (LRMO). The school children of Sta. Emelia Elementary School in the UP Laak (Davao de Oro) Land Reservation and Datu Ladayon Elementary School in the UP Marilog (Davao City) Land Reservation benefited from the donations. The LRMO launched Oplan Tulong-Dunong to prepare the schoolchildren in the UP land reservations for the start of classes in August and ease their parents’ burden of procuring school supplies.  The LRMO called for writing notebooks for Kindergarten and Grades 1 & 2, composition notebooks for Grades 3, 4, & 5, and intermediate pad paper for Grades 1 to 6. Donations of colored crayons, pencils and erasers, ballpens, pencil sharpeners, and plastic envelopes were also solicited. Cash donations were accepted, as well. The LRMO chief Joel Sagadal thanked the 17 identified donors and the other donors who gave donations through a drop box. Mr. Sagadal said the Tulong Dunong will continue as there remain underserved school children in the sites. In addition, sports equipment such as balls will be solicited.

The UP Land Reservations were identified for UP Mindanao’s research, extension, instruction, and development activities through Presidential Proclamation 1252 (for Laak) and PP 1253 (for Marilog) signed by President Fidel V. Ramos on June 15, 1998. 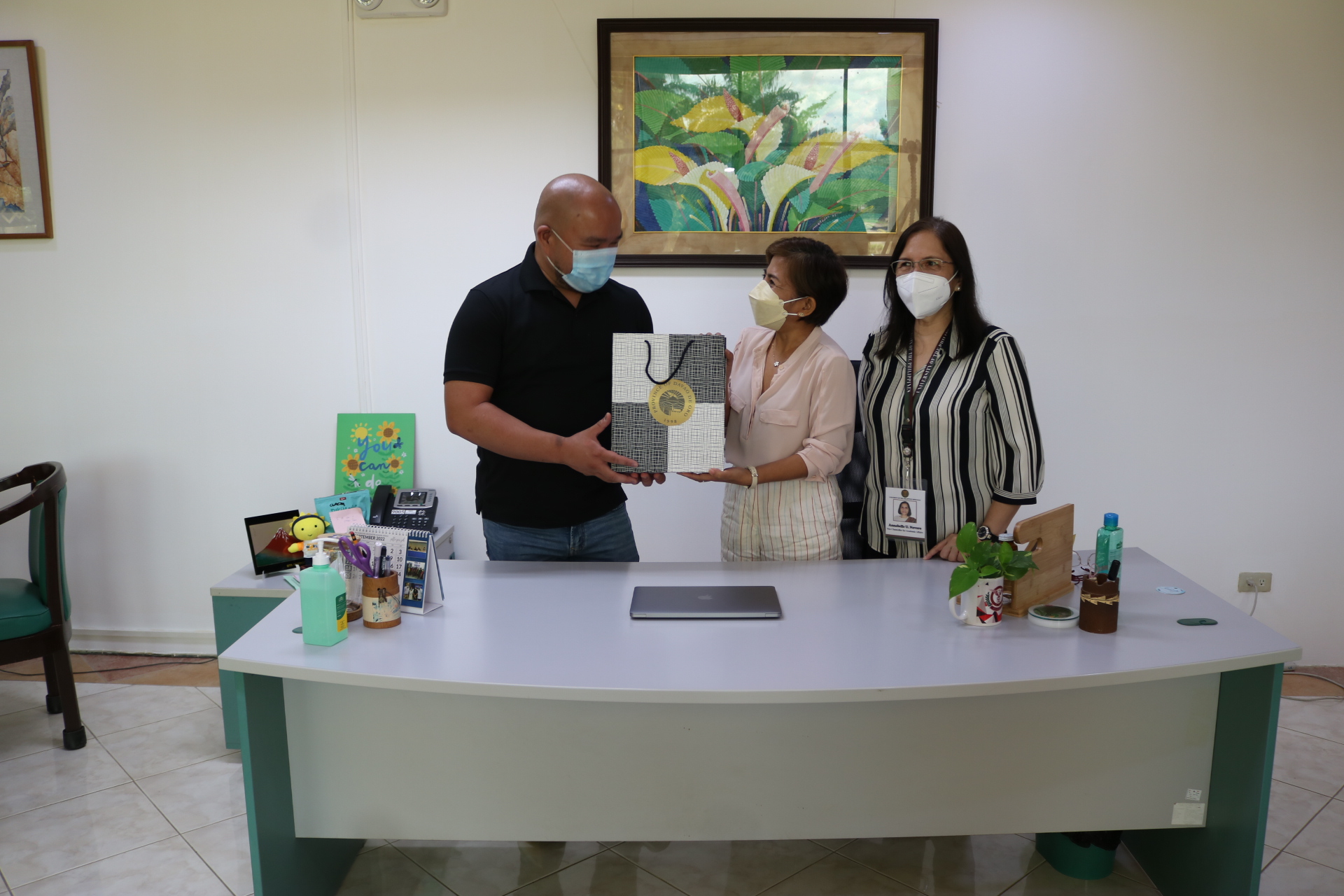 Davao de Oro province Vice Governor Jayvee Tyron Uy visited UP Mindanao on August 31, 2022, and was received by Chancellor Lyre Anni Murao, Vice-Chancellor for Academic Affairs Annabelle Novero, and other officials. Vice Governor Uy discussed his plans which he offered to UPMin for partnership, such as in regional development planning and food product development. VG Uy's plans align with UPMin's strategies for heightened involvement with Mindanao provincial governments, such as the ongoing agricultural livelihood projects in the UP Laak Land Reservation and the development of a COVID-19 RT-PCR Laboratory in the Provincial Hospital.