Application for admission to the MS Food Science program is now open! Deadline for application is December 1, 2021. Classes start February 7, 2022. 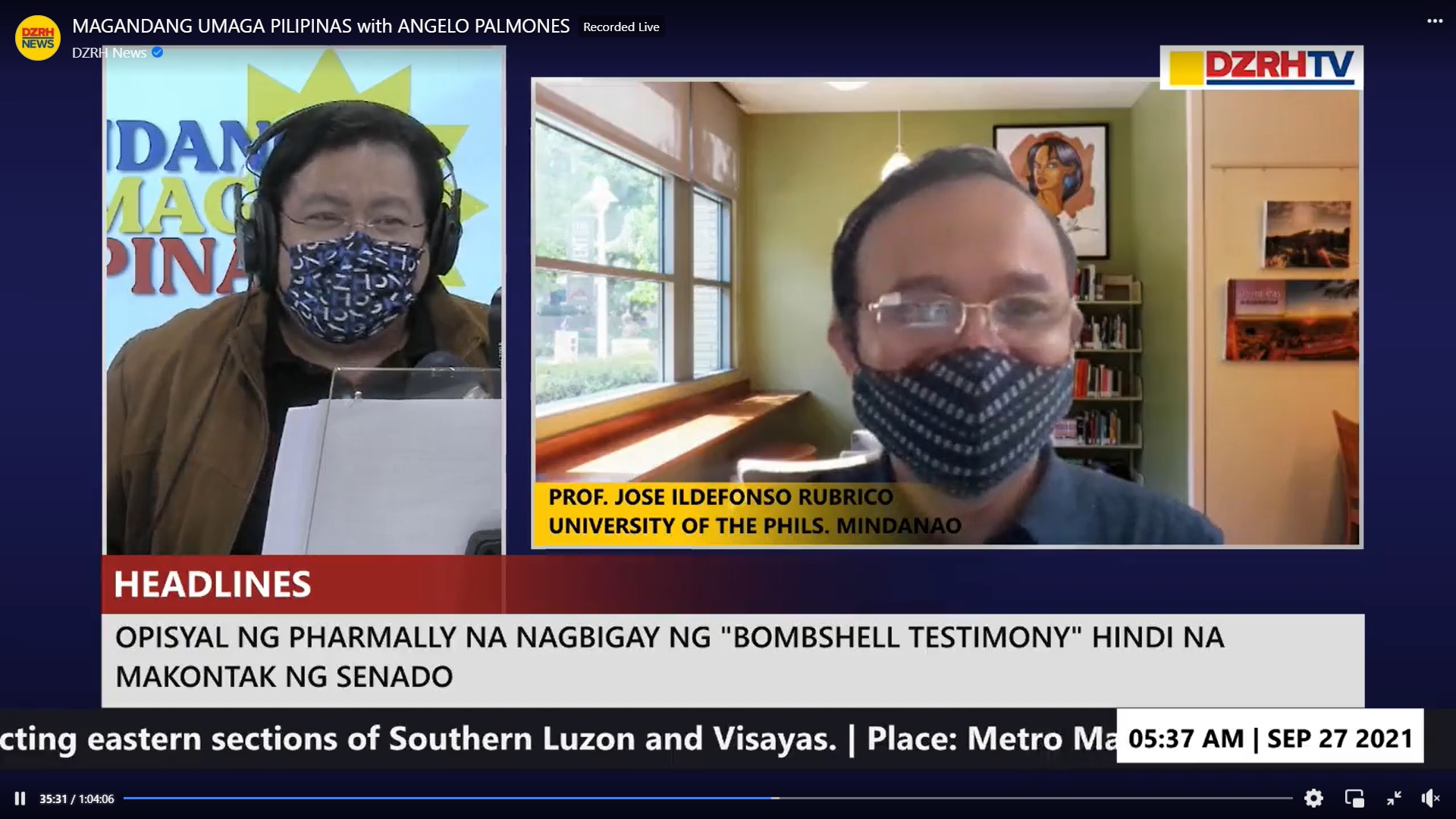 During the interview aired on DZRH News Television, Dr. Rubrico highlighted the importance of autonomous vehicle applications in real-life scenarios, such as in search and rescue missions, disease detection, and in road inspection and construction.

He added that the ASIMOV Program’s main objective is to develop mobile robot platforms equipped with AI that would “autonomate” the work involved in the above-mentioned scenarios and, among other things, help minimize human fatigue, which is one of the limitations when teleoperating aerial or land-based vehicles.

When asked about the status of AI technology in the country, Dr. Rubrico said that the AI field in the Philippines is promising and can cope up with the world as long as the efforts are directed not only on the applications but also on developing the technologies. He said that is one of the tasks the ASIMOV Program is trying to implement.

The ASIMOV Program was developed from Dr. Rubrico’s established grassroots efforts in AI and Robotics with the Department of Science and Technology - Advanced Science and Technology Institute (DOST-ASTI) through the “AI-Robot Project” in 2018. The project was initially aimed at developing intelligent mobile robots that could aid human personnel in decision-making during disasters.

In June 2021, the ASIMOV Program officially commenced implementation as the flagship R&D program of the DOST in Artificial Intelligence and Robotics (AI-Robotics), spearheaded by the

The University of the Philippines Mindanao in partnership with the DOST-ASTI. It has two component projects called the Harmonized Aerial Watch and Knowledge-based Survey (HAWKS) Project, and the Robot for Optimized and Autonomous Mission-Enhancement Response (ROAMER) Project.