Prof. Jose Ildefonso Rubrico (also of the DMPCS) led the UP Mindanao launch of the two flagship programs on Artificial Intelligence (AI) and Robotics, as program leader of both programs. He delivered a talk/lecture entitled, “Empowering the Filipino Nation: Flagship R&D Programs for AI and Robotics Innovation and Capability-Building at the Grassroots.”

The two research programs, the Philippine Sky Artificial Intelligence Program (SkAI-Pinas) and the Autonomous Societally Inspired Mission Oriented Vehicles Program (ASIMOV) are the flagship R&D initiatives of the DOST in Artificial Intelligence (AI) and AI-Robotics, respectively. The two AI programs were launched in an online event led by DOST Secretary Fortunato de la Peña, Undersecretary for R&D Rowena Cristina Guevara, and PCIEERD Executive Director Enrico Paringit on April 8, 2021, along with five other AI projects as part of the DOST Philippine Council for Industry, Energy and Emerging Technology Research and Development (PCIEERD) Artificial Intelligence R&D (AI Pinas) Program. The occasion also included the virtual turnover of High-Performance Computing (HPC) machines to the implementing agencies of the AI projects; UP Mindanao received its HPC machine – the first-ever of this high-end supercomputing caliber - on May 3, 2021. The three-year SkAI-Pinas and ASIMOV Programs, combined for a total grant of around Php 427 million upon their approval in 2020, with UP Mindanao serving as the lead implementing agency, in close partnership with the DOST Advanced Science and Technology Institute (ASTI). Prof. Jose Ildefonso U. Rubrico, Ph.D., a Professor of the University with the Department of Mathematics, Physics and Computer Science, serves as the Program Leader for both the SkAI-Pinas and ASIMOV R&D initiatives. He is a DOST Balik-Scientist and UP System Balik PhD.
ASIMOV, the first full-scale AI and robotics initiative of its kind in the Philippines, officially commenced on June 15, 2021, as the flagship R&D program of the DOST in Artificial Intelligence and Robotics (AI-Robotics), with a total budget of around Php 54 million from the DOST-PCIEERD. Prof. Rubrico said that the program is aimed at developing autonomous robots capable of independent navigation, collision avoidance, vision-based feature detection, and environmental mapping to be deployed in the field under real-life conditions, particularly in unstructured and dynamic environments. As such, the hiring of Electrical and Mechanical Engineers was opened for the aerial component of the ASIMOV Program being implemented in UP Mindanao, namely, the “Harmonized Aerial Watch and Knowledge-based Survey” or HAWKS Project. The ASIMOV Program builds on the results of the AI-Robot Project, a grassroots research endeavor in AI-Robotics which was initiated and led by Prof. Rubrico during his engagement as a Balik-Scientist hosted by the DOST-ASTI in 2017 and 2018.
SkAI-Pinas, funded through the DOST Grants-in-Aid (GIA) program, began its implementation on October 1, 2021, as the flagship R&D program of the DOST in Artificial Intelligence with a total revised budget of around Php 210 million, reflecting the involvement of the Philippine Space Agency (PhilSA) in providing some of the key resources previously covered by the original DOST grant of roughly Php 374 million. The SkAI-Pinas Program is a large-scale extension of Project ALaM, a grassroots research endeavor in Artificial Intelligence that was also initiated and led by Prof. Rubrico during his engagement as a Balik-Scientist hosted by the DOST-ASTI in 2017 and 2018. Through the program’s component projects, like the “Automated Labeling Machine – Large-Scale Initiative” (ALaM-LSI) being implemented in UP Mindanao, the previous efforts are significantly expanded to bridge the gap between big data availability and the lack of a sustainable technology-based framework that is needed for the widespread, rapid, and democratized development and deployment of remote sensing applications.
The SkAI-Pinas and ASIMOV Programs are also meant to increase the visibility and footprint of UP Mindanao, particularly in the emerging technologies sector, and to attract and capacitate research staff and faculty towards the establishment of a College of Engineering in the University with a strong ICT component. To date, linkages have been formalized via corresponding MOAs with two Philippine Science High School campuses (SMC and ZRC), and partnerships with various relevant parties in industry, academia, and the government are being forged. Support from the industry (Davao UAS Photography) in the form of an equipment endowment has also been received.
(view the video here: https://youtu.be/gnF-e6DS-4I) 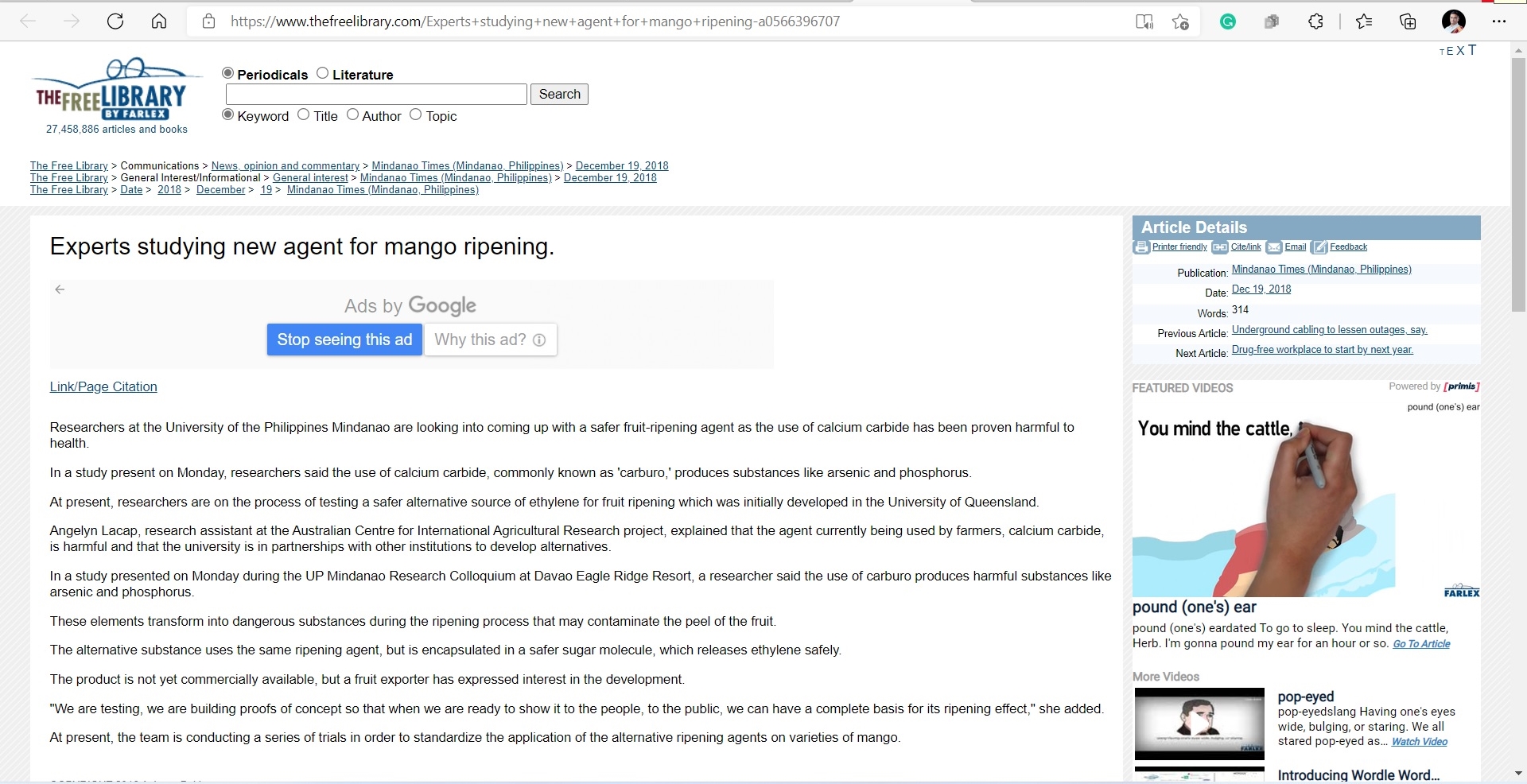