The University of the Philippines (UP) Mindanao administration has seen posts published on social media that accuse UP Mindanao and one of its alumni of collaboration in misleading the youth into joining terrorist groups.

The UP Mindanao strongly repudiates the red-tagging of the institution, its student publication, and its alumnus for the malicious accusation and labelling on subversive involvement in the communist ideology.

Moreover, UP Mindanao neither promotes nor condones any recruitment activity by the outlawed communist party.

We request the public to refrain from spreading disinformation and false allegations that circulate online. The University administration warns such groups that publishing accusations without acceptable evidence or proof is a crime under multiple laws.

As an institution of higher learning, repository and producer of knowledge, and builder of communities, we firmly retain independence and autonomy against those perceived to be enemies of the state.

While we aim to protect one’s right to life, liberty and security from being associated with any communist front organization, this blanket act of red-tagging endangers our students, faculty and whole academic community as it maligns and imperils people for the lawful exercise of their freedom of expression.

In the prevailing context where some of the members of the UP community become the targets of harassment and threats, we in UP Mindanao stand to end the vicious practice of red-tagging.

We urge pertinent government agencies to address legitimate criticism of its policies, and take concrete steps to ensure the safety and protection of individuals from these unlawful acts of red-baiting and other similar acts.

University of the Philippines Mindanao

The Academic Calendar can also be viewed here: http://bit.ly/2Mt4mBU 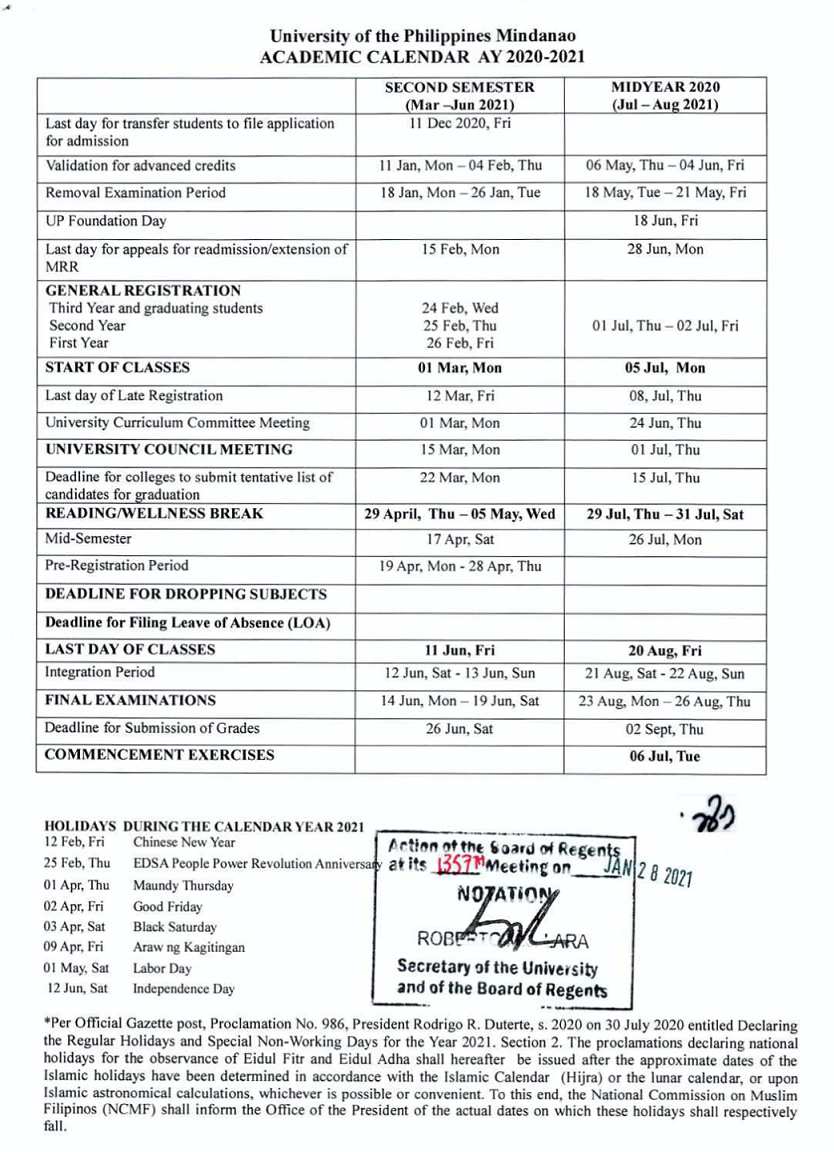